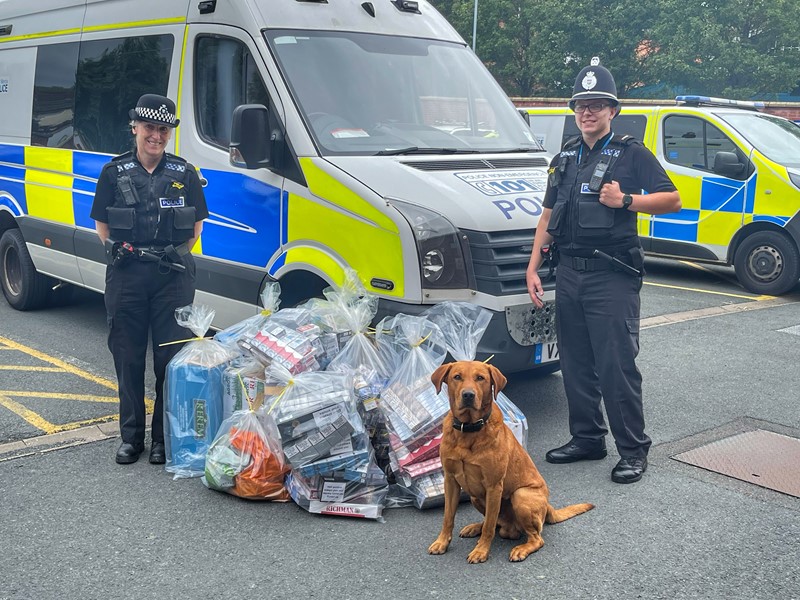 Illegal tobacco worth £10,000, seized from premises in Worcester City Centre

An operation has successfully been carried out in Worcester, where an estimated £10,000 worth of counterfeit and illicit tobacco was seized.

PC Susan Parr said: “Officers from the Problem Solving Hub and Worcester Safer Neighbourhood Team assisted Worcestershire Trading Standards officers with their operation targeting retailers in Worcester City in a bid to tackle the sale of counterfeit and illicit tobacco. Working with specially trained search dogs, seizures were made at two premises, where there have been previous seizures of illegal tobacco, significant intelligence reports and test purchases.”

Councillor Matt Dormer cabinet member with responsibility for communities, added: “I am pleased to see this great example of Trading Standards Officers working with colleagues at West Mercia Police to tackle illegal activity in the county. Organised crime is at the heart of the trade in illicit tobacco and it can impact on our communities by reducing the takings of local honest businesses.

“The availability of cheap products also makes it much easier for young people to get hold of tobacco, creating a risk to their long term health. Our Trading Standards team will continue to work hard to remove illegal products and where necessary we will prosecute businesses and individuals that ignore the law."

Officers took part in this joint operation as part of the force’s crack down on serious and organised crimes under West Mercia’s Protect campaign.

The businesses and individuals involved are subject to an on-going criminal investigation. If you are concerned that a Worcestershire retailer is selling illicit or counterfeit tobacco, you can let Trading Standards know via the “Report It” page at www.worcestershirets.gov.uk or telephoning Consumer Direct on 0808-223-1133.