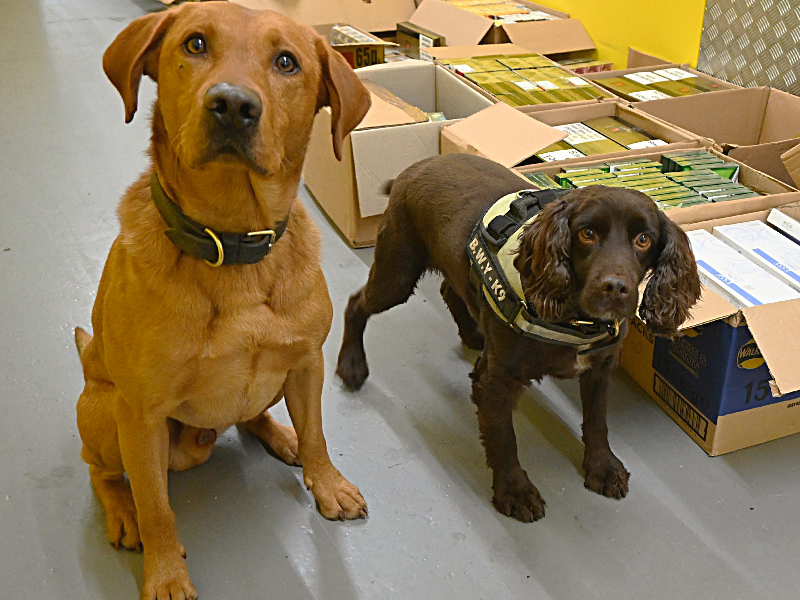 Croydon Council trading standards and HM Revenue and Customs teamed up with specialist detection dogs to track down and seize illegal tobacco worth over £300,000 from a Croydon storage unit.

More than 216,000 illegal cigarettes and 350 kilograms of hand-rolling tobacco were uncovered when officers swooped a self-storage unit in the north of the borough in the joint operation with B.W.Y Canine Ltd on Wednesday 1 December.

The crackdown was part of Operation CeCe, a national campaign which focuses on joint working between trading standards and HM Revenue and Customs.

The majority of the tobacco was non-duty paid and suspected to have been smuggled into the country. A proportion was believed to be counterfeits of popular brands, which are likely to contain harmful substances and may not self-extinguish.

The investigation remains ongoing and the seized products will now be fully assessed as part of the inquiry to determine the exact offences that have been committed.